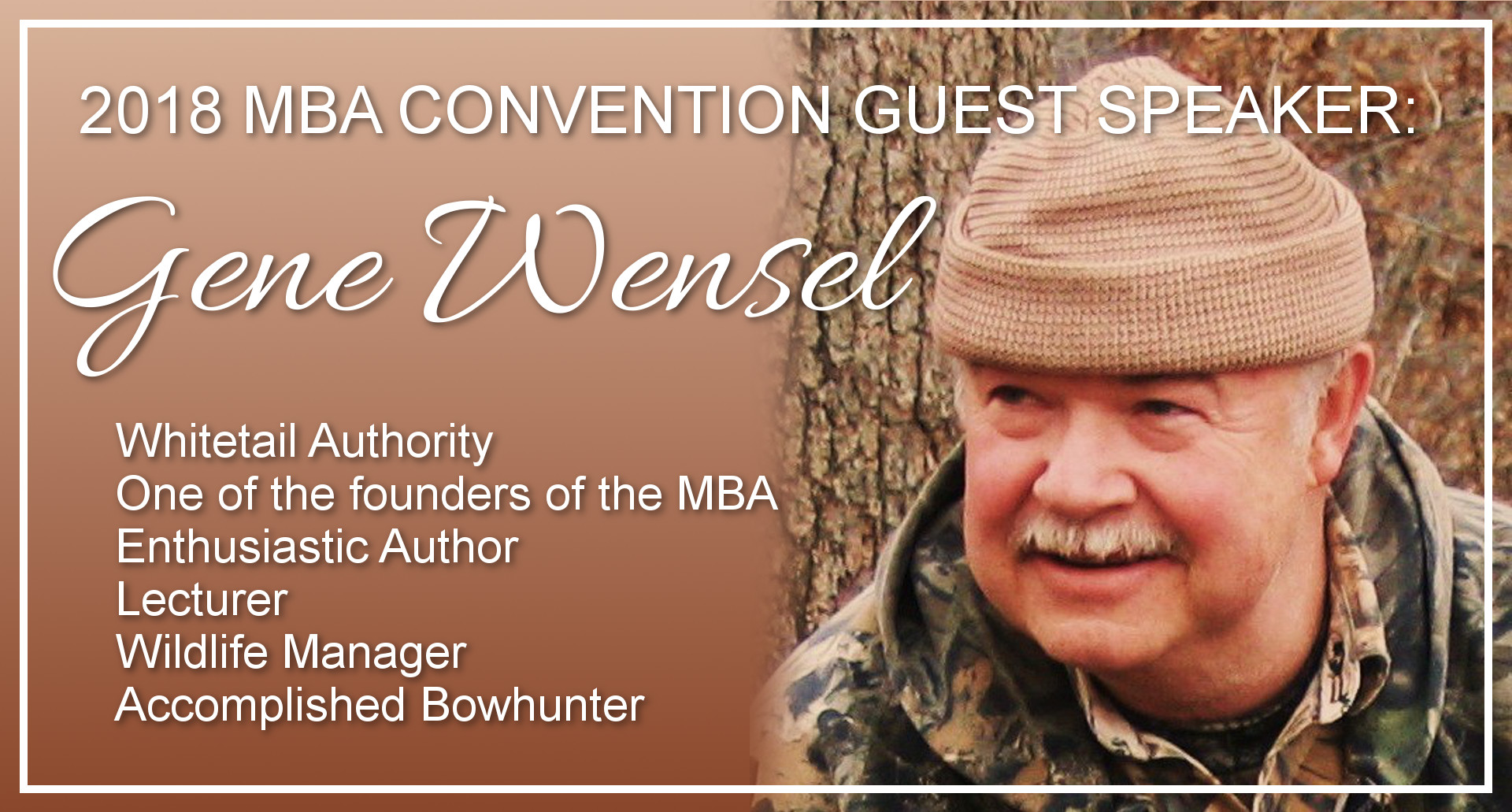 The Montana Bowhunters Association is proud to announce Gene Wensel as our 2018 MBA Convention keynote speaker.

Gene was born in DuBois, Pennsylvania in 1944. He spent his early years in New York, Connecticut and Vermont before he went to college in Indiana. Gene moved to Montana with his wife Donna and their three children in the heart of the Bitterroot Valley near Hamilton, Montana, where he had a chiropractic practice until his retirement from that profession. Now he lives and hunts in Iowa.

Gene is considered by many to be the “thinking man’s deerhunter” It is his in-depth analysis of whitetail behavior, patterning and sign interpretation that sets his books apart from most of the clone books on whitetails.

Not only is Gene considered by many to be one of the nation’s top deerhunting authorities, but he is also an enthusiastic author, lecturer, wildlife manager and accomplished bowhunter.

He’s a member of the Professional Bowhunter’s Society, the Pope & Young Club the National Rifle Association, and one of the founders of the Montana Bowhunter’s Association as well as numerous other state and national wildlife organizations.

(Taken from his book Hunting Rutting Whitetails with a few minor changes made by Marlon.)

For more information about the 2018 MBA Convention please visit our General Info page.