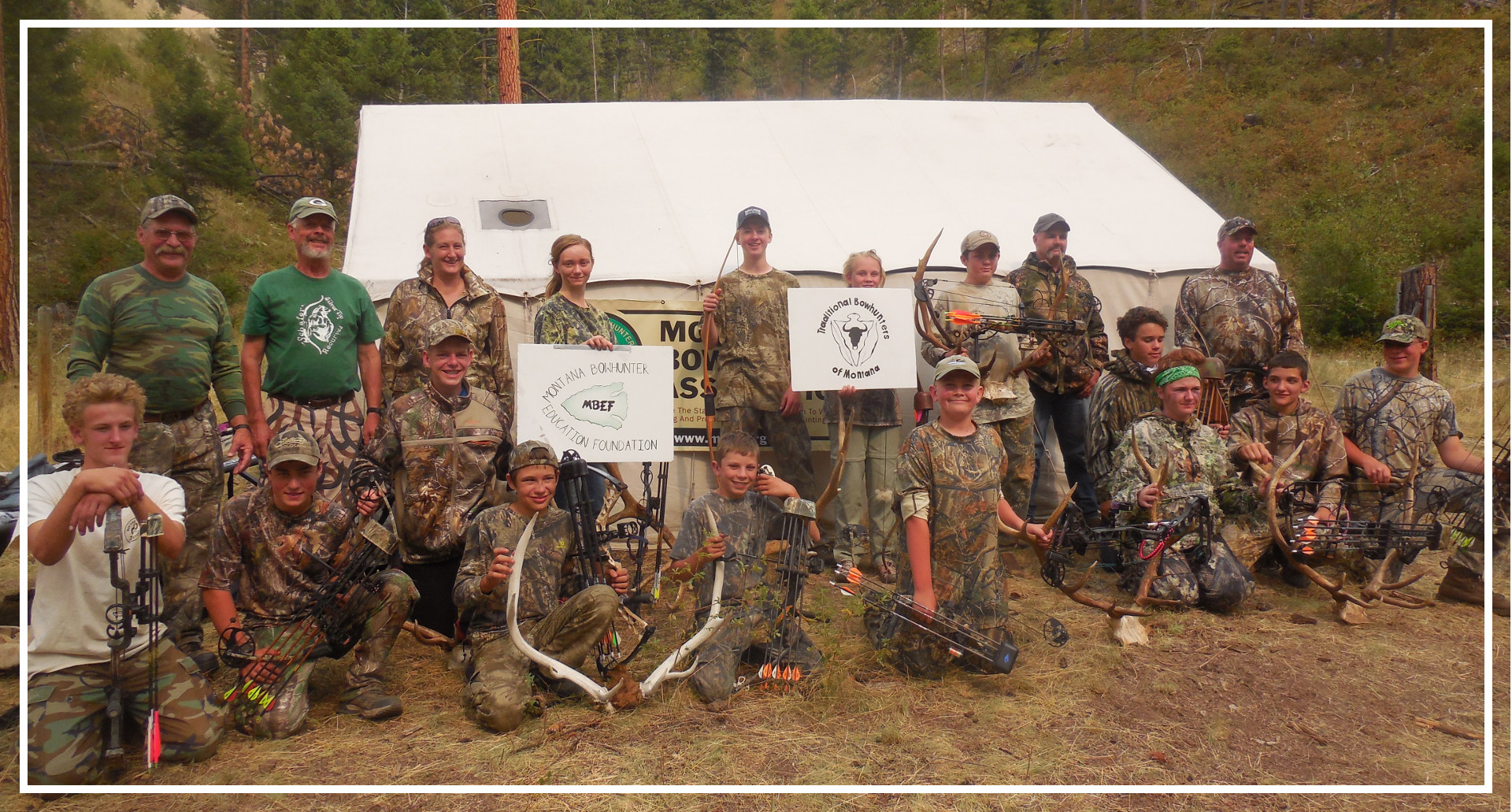 It’s the middle of August and the air is full of smoke out here in western Montana. The spirits of thirteen young bowhunters couldn’t be any higher. We gathered at the Wetzstone Bridge on the East Fork of the Bitterroot River for the first MBA Teen Bowhunter Camp. After a quick run down from FWP Block Management and sign in at the registration box the campers and their guides headed off on a mile and a half hike into camp. As they all arrived each guide and their campers went to work setting up their wall tents and moving in for the week. One group went with the Block Management team to put up signs along the boarder separating public lands from privet lands. It was very hot up on the mountain but they all survived and made it back in time for lunch.

The first order of business was to get everyone’s bow tuned up froe each camper. Howard Hill Archery’s Jason Ekin brought up a bow press and helped the all the tuning that was necessary. It wasn’t long and there was a bunch of friendly competitions going on between the campers and the guides. Then they all headed off to the 3D range to hunt the targets. There were no flags to follow so they had to hunt them.

The teams set their plans for the morning hunt and scouting hike up the mountains to see if they could find the local elk herd. Then off to crowd into tents that might have been a bit small to get some sleep.

During the night the elk herd moved into the meadow up stream of the camp and before daylight they moved up the ridge and into the timber for the day. So each team headed off in a different direction to see if they could find where the elk bedded. With the temperature rising most of the campers were back by noon. No one found the elk. One group set up a shelter for survival and made their lunch there. Then it was back to the 3D course for more shooting. Some of the kids went fishing and others worked their way through the four blood trails.

Saturday was the day to hunt elk and bugle their way to the 3D bulls we had stashed up in the brush. Each team got their turn to hunt the bulls. When they found the bulls, they took turns shooting from their effective range, then discussed the arrow placement then tracked out the bull. They then made up quarter bags and back packed the loads back to camp along with the antlers.

While half the kids were elk hunting we took the other half and let them hang their own tree-stands. They were only four feet off the ground for safety but we had other stands at hunting heights so we let the kids climb up and shoot a few arrows. Some of these kids had never been in a stand before and they really liked the opportunity to give it a try. We had several of the campers that were afraid of heights and some of the guides as well. So with a little patience we started them low and worked them up to a higher stands one step at a time. All but one of the campers even shot their bows and had a great experience from the stands. We also taught them the proper way to wear a safety harness and lines with prussic knots.

We brought in a fella, Bill, who does buck-skin. He showed the campers how to prep and actually did a buffalo hide. He uses old Indian tools and techniques from the past. He showed several of the kids how to make sinew bow strings. He held their attention for four hours. Many of the kids talked about the class around the fire-less camp fire ring that night.

Saturday night treated us to an all-out lighting storm right over our heads. Thankfully there were no new fires started in our area and there was a little rain to go along with lighting.

On the last day everyone headed down to the landowners ranch headquarters and we went out to pull a fence off the road where elk and cattle get hung up. It took about four hours and everyone headed up to the camp where Dominoes Pizza donated more then we could eat in one sitting. They even delivered it to the camp free of charge.

All the kids wanted to get signed up for next year and the older campers wanted to be a part of helping to run the camp again. It takes a ton of work to put a camp like this together. Beckie and Jerry Doyle have had this dream for quite some time and it finally came together. The hours they put in were countless. The friends they recruited to help set up the camp the target course and put the meals together. No one went hungry and all the campers pitched in to prepare the meals and clean up. All in all the first MBA Teen Camp was a huge success.

Many thanks go out to the guides: Rich Hjort, Larry Ratray: Brad Zink and Jackie Doyle. They were in charge of the teams made up of four campers each. Jerry Doyle and Dan Eden were the elk buglers off in the brush. Karrie Anderson and Beckie Doyle were in charge of the food. Neil Maier and I worked with hanging of the treestands. Don Helmbrech and Rich Styles showed up for the Sunday work party and the break-up of camp. Every one involved were MBA members, some who were new to our ranks and are looking forward to the next function. We made a few first time mistakes, nothing major, but we know there was room for improvement. So next years camp will be better then ever. 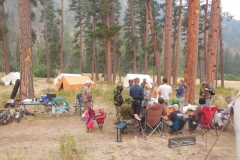 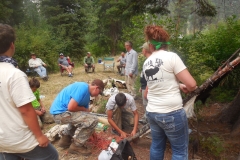 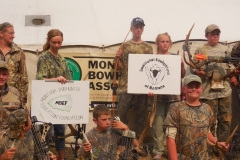 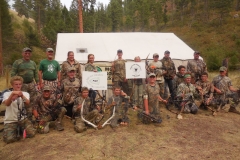