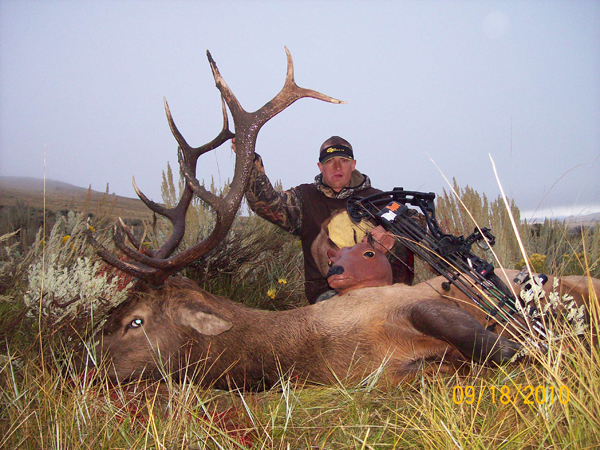 My 2010 season was a great one, getting great footage for our decoy (Be the Decoy). Having early success lead to having plenty of time to take my son out for some whitetails from our box blind. Him being 3 years old I didn’t think it would be very productive. The first night out was with his mother and I. Mom was trying to find a good buck. First deer we saw caused a near explosion in the blind with little B going crazy. Night one was not a very good night as far as the hunt went. My wife threatened to leave Brayton at home for the next hunt if he could not be quiet. We spent the next couple of nights pounding that into his little head.

On hunt number two, we were still in the truck and B was already whispering. Even when a little 3×3 came out by the blind and he wanted mom to shoot it. He did great, then we had a small group of does come out right by the blind. I was able to calm down Brayton to get a 15 yards shot at one. After the shot I turned around to a hug and high five from my 3 year old.

We went out a few more times until the weather got too cold for my new little hunting buddy, taking one more doe. He is now hooked and joined me this spring on a few bear hunts. He knows what to do and can’t wait to get to hunt himself. Get you kids out early, this was by far the most fun I have had in a season yet. 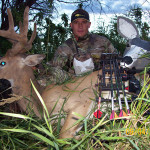 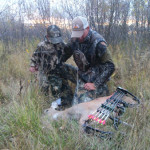 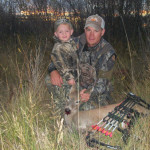 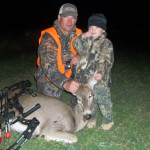 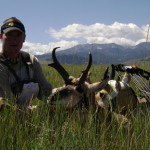 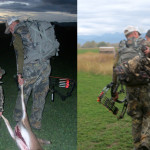 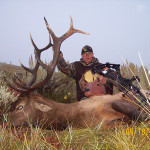